Congratulations! You are now on the waiting list, please check your inbox for our confirmation email!

PLEASE NOTE: This item will be sent separately if ordered with other items and may experience a 1/3 business day delay

The 2017-18 Panini Threads Basketball checklist may not be big, but the product takes a different route in a couple of notable ways. For starters, it’s a retail-only release. Looking at the bigger picture are the one-per-box memorabilia cards that take the jumbo concept to heart. Not only are the swatches big, but the cards are, too, measuring 5 x 7. 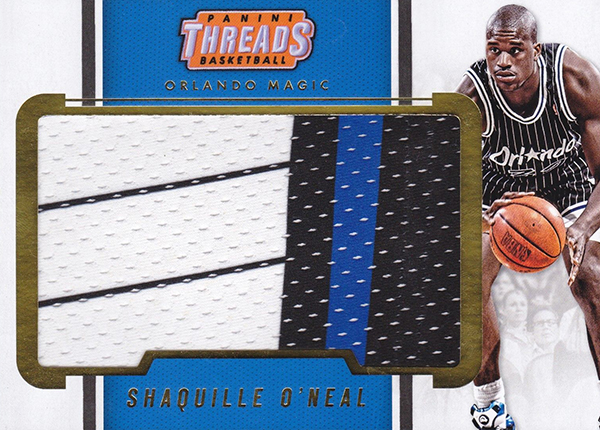 Each of the hanger-style boxes comes with four cards: three base and one of the memorabilia box toppers.

The main 2017-18 Panini Threads Basketball set takes a sleek approach with just 100 cards. The first 60 are veteran stars. Rookies make up the latter part of the checklist. 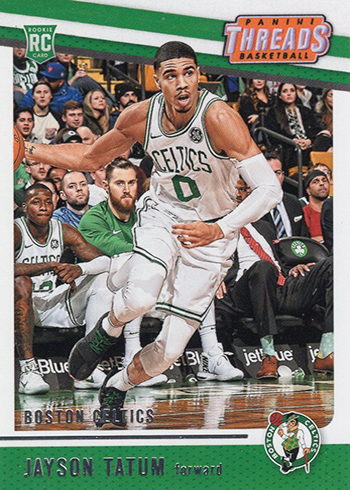 Parallels use patterned foil highlights. They start with Dazzle, which are numbered to 199 copies. Additional levels include Dazzle Red (/99), Dazzle Blue (/25), Dazzle Gold (/10) and Dazzle Black (1/1). 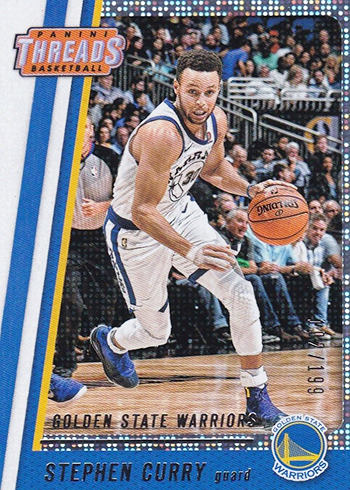 The 5 x 7 box toppers are the only additional cards on the 2017-18 Panini Threads Basketball checklist, keeping things simple. A total of 25 veterans and legends, and 25 rookies have swatch cards. 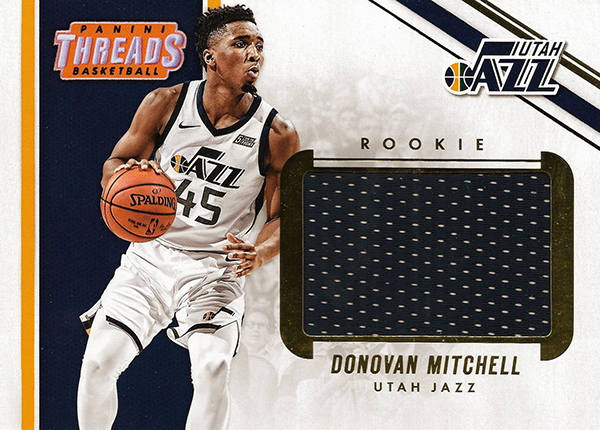 Variation parallels take the swatches to another level with even larger pieces. 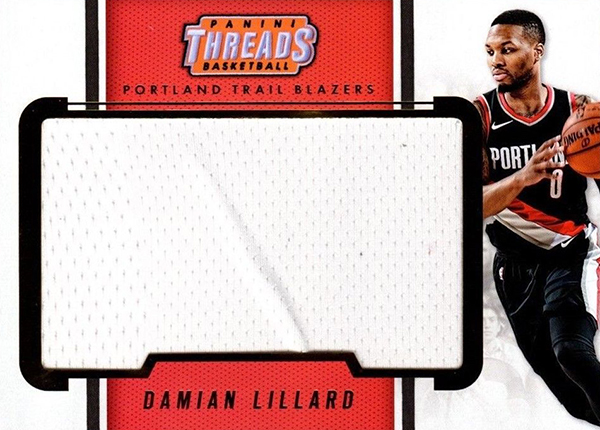 Prime versions with patches and premium swatches are also randomly inserted. For rookies, these are numbered to 5. Veteran and retired Prime cards are one-of-ones.

All orders will receive a tracking number via email and will be posted within 24 hours.


* Each additional item will incur a $2 AUD additional cost
* Buyers are responsible for all applicable duties & taxes, as determined by your country, upon delivery.
All orders will receive a tracking number via email and will be posted within 24 hours.
International orders are not eligible for returns or exchanges at this time.


We only ship to the following countries at this stage:

For more information or to request a return please click here.

How do I cancel or change an order

Hi. Unfortunately we are unable to cancel or change orders once they have been paid for. You will need to open a return using the enclosed returns slip when the order arrives

How do I return an item?

How do I change my shipping address/order?

How fast will my order arrive?

Can you hold an item for me?

Where are you based & can I pick up my order?

Who do you use to ship & will my order have to be signed for upon delivery?

What happens if I don't like a product or it doesn't fit?

We offer a 100% money back refund/return policy. All items must be in original brand new condition with original stickers and tags attached before any exchange or refund will be processed. To request a refund or exchange please visit our Returns page.

Can I pay over the phone?

Are your products American sizing?

Can you order something in for me?

What are the shipping charges/times and do you ship worldwide?

How do I track my order?

Do you send caps and hats in boxes?

Yes all caps and hats are sent in boxes. If your cap comes damaged please contact us

How secure is your online store? Is my data protected?

If I order a pre-order item and an item in stock how are they dispatched (one at a time or together)?