Congratulations! You are now on the waiting list, please check your inbox for our confirmation email!

Explore a decidedly retro feel to your NBA collection with a full sealed box of 2017-18 Panini Donruss NBA Basketball Card Hobby Packs featuring with tons of inserts, along with autographs and memorabilia

BASE SET AND PARALLELS

The 2017-18 Donruss Basketball base set has 200 total cards. Of those, 50 are Rated Rookies, complete with the iconic logo.

Each card has an extensive rainbow of parallels as well ranging from Press Proofs to a variety of Holo Laser colors. 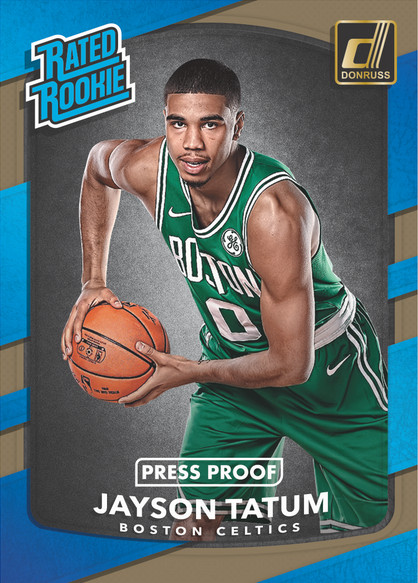 With each pack containing either a parallel or insert card, there is definitely some variety in 2017-18 Donruss Basketball. Many of the insert sets will be exclusive to certain configurations that include hobby and retail boxes, blasters, and jumbo packs.

Among the inserts are All Clear for Takeoff, Court Kings, Hall Kings, The Champ Is Here, and the cleverly-named Swishful Thinking. Inserts come with parallels as well.

Hobby boxes of 2017-18 Donruss Basketball have both an autograph card and a memorabilia card inside (on average). 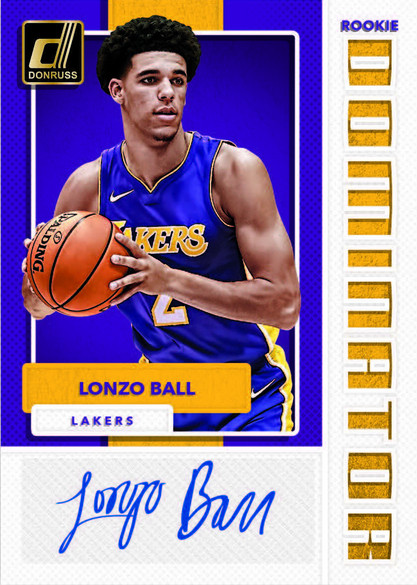 On the autograph side, look for Dominators and Rookie Dominators. There are 30 different freshman signers to track down. Some big names are on the Dominators checklist as well. These include legends like Julius Erving and Shaquille O’Neal along with Panini spokesmen Kobe Bryant and Kyrie Irving.

Elite Signatures is made up of 40 great players, each numbered to 40 or less. The parallel versions of these cards come in Gold (/10) and Black (one-of-one). 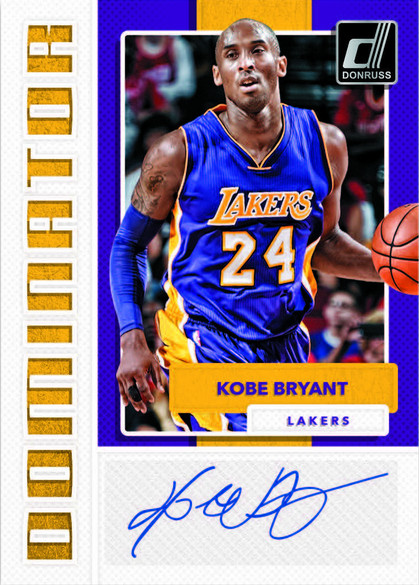 One of the coolest collections coming in 2017-18 Donruss Basketball are the Next Day Autographs. Signed live at the 2017 NBA Rookie Photo Shoot, the cards were printed mere hours after their photos were taken.

For those that want a little bit of material and ink together on a card, look no further than Rookie Materials Signatures and that checklist is bound to have many of the top picks from the 2017 NBA Draft. The basic version is limited to 75 copies while the Prime edition is numbered out of 10. 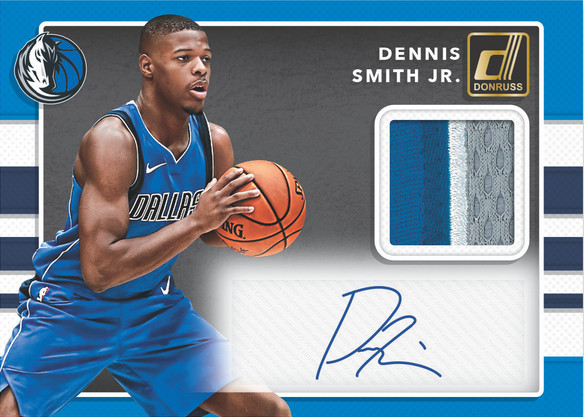 All orders will receive a tracking number via email and will be posted within 24 hours.


* Each additional item will incur a $2 AUD additional cost
* Buyers are responsible for all applicable duties & taxes, as determined by your country, upon delivery.
All orders will receive a tracking number via email and will be posted within 24 hours.
International orders are not eligible for returns or exchanges at this time.


We only ship to the following countries at this stage:

For more information or to request a return please click here.

How do I cancel or change an order

Hi. Unfortunately we are unable to cancel or change orders once they have been paid for. You will need to open a return using the enclosed returns slip when the order arrives

How do I return an item?

How do I change my shipping address/order?

How fast will my order arrive?

Can you hold an item for me?

Where are you based & can I pick up my order?

Who do you use to ship & will my order have to be signed for upon delivery?

What happens if I don't like a product or it doesn't fit?

We offer a 100% money back refund/return policy. All items must be in original brand new condition with original stickers and tags attached before any exchange or refund will be processed. To request a refund or exchange please visit our Returns page.

Can I pay over the phone?

Are your products American sizing?

Can you order something in for me?

What are the shipping charges/times and do you ship worldwide?

How do I track my order?

Do you send caps and hats in boxes?

Yes all caps and hats are sent in boxes. If your cap comes damaged please contact us

How secure is your online store? Is my data protected?

If I order a pre-order item and an item in stock how are they dispatched (one at a time or together)?